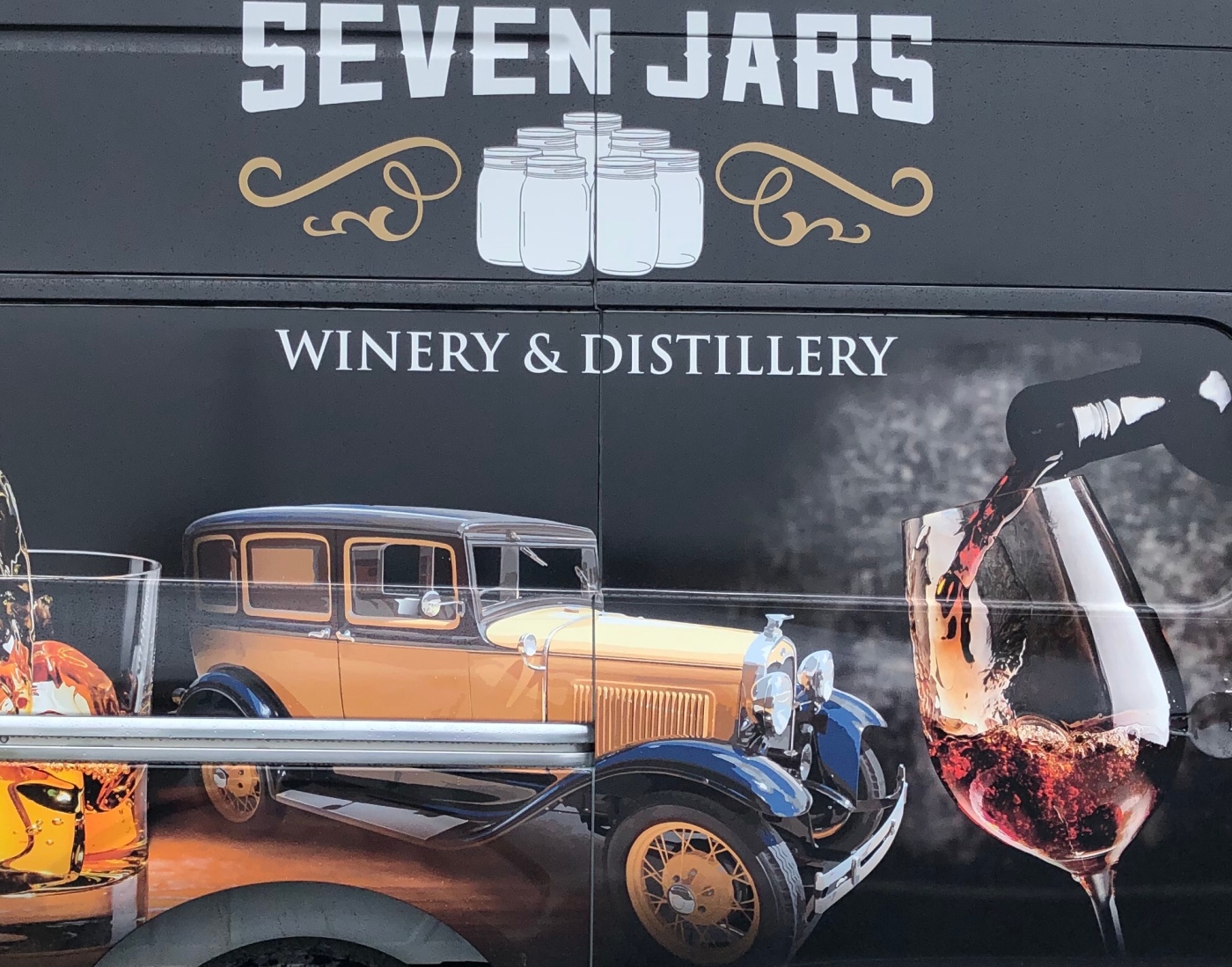 We were intrigued seeing a Charlotte urban winery pop up on the VinoWine app. However our initial research led us to believe it only to be a store selling kits for home brew and winemaking. A closer look revealed something of greater interest, a winery, brewery, and distillery all rolled up in one! 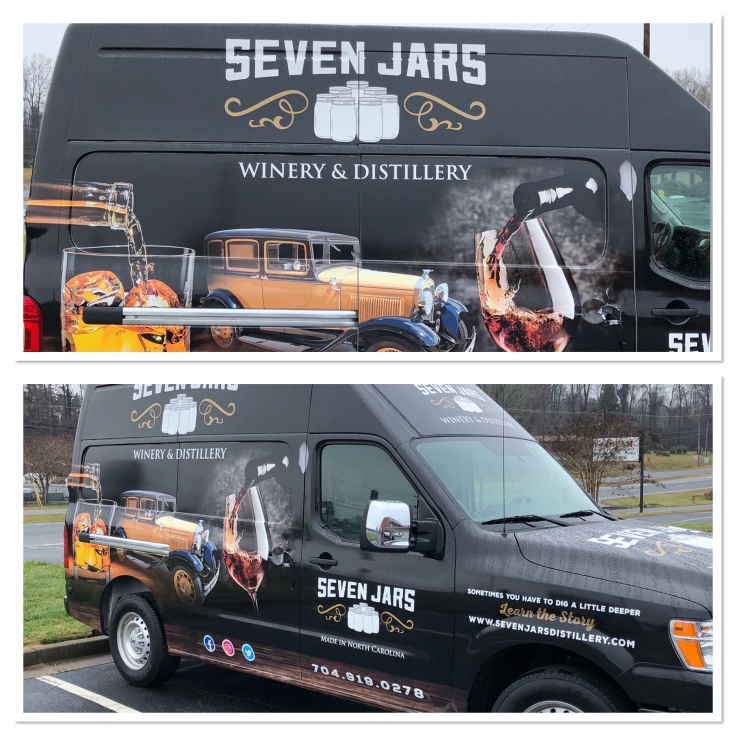 The story of Seven Jars starts during prohibition times. The families Father, Frank Ratcliffe, operated a popular Charlotte Social club. There’s a long background story, though we’ll encourage you to visit and hear the entire story for the full effect. Long story condensed, Frank was a well-known bootlegger serving his homemade booze in a private upstairs room above the dining room! Seven Jars is “legally” keeping the family legacy! 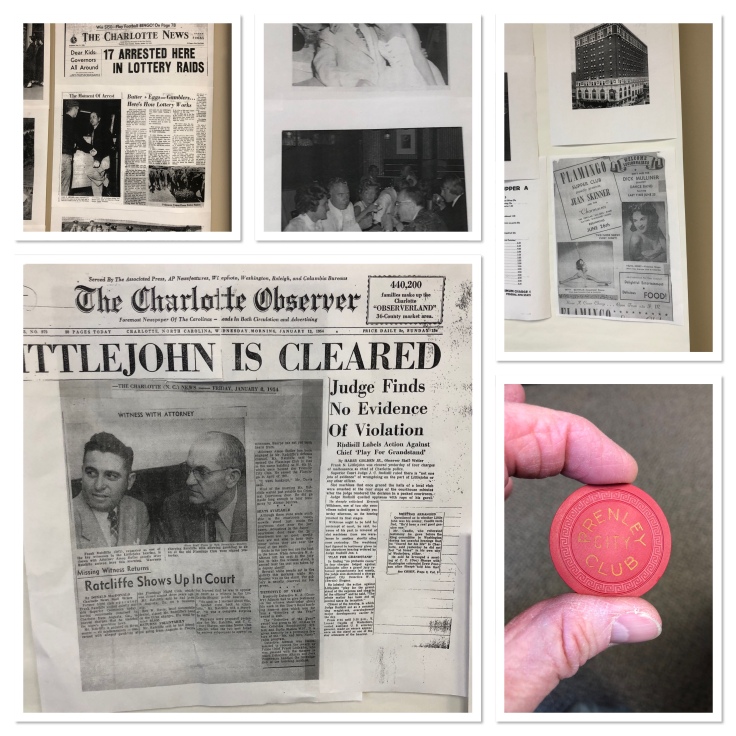 The winery and brewery exist in the back of their store which does indeed sell supplies one would need to home brew or produce homemade wine. For only $15, we got the full tour and background story along with a taste of their wines, beers, and spirits. I believe to have counted 15 wines and 4 beers available. The wines of course are kit wines, but they were able to tell us from where the juice originated, mostly from the West Coast. 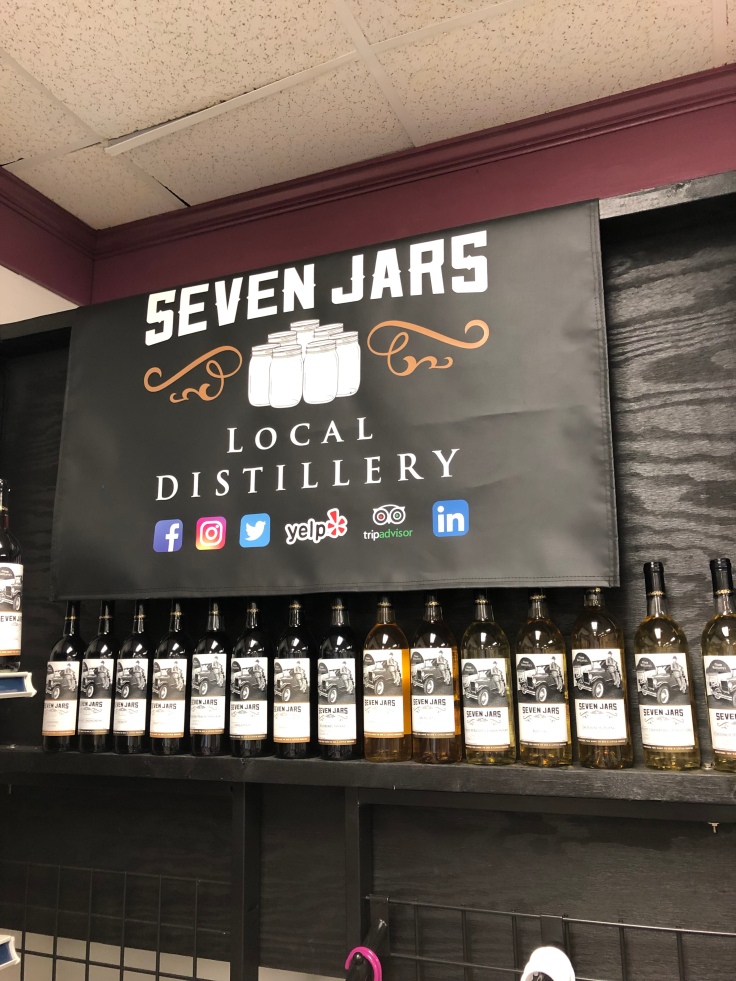 We then moved next door to the distillery. 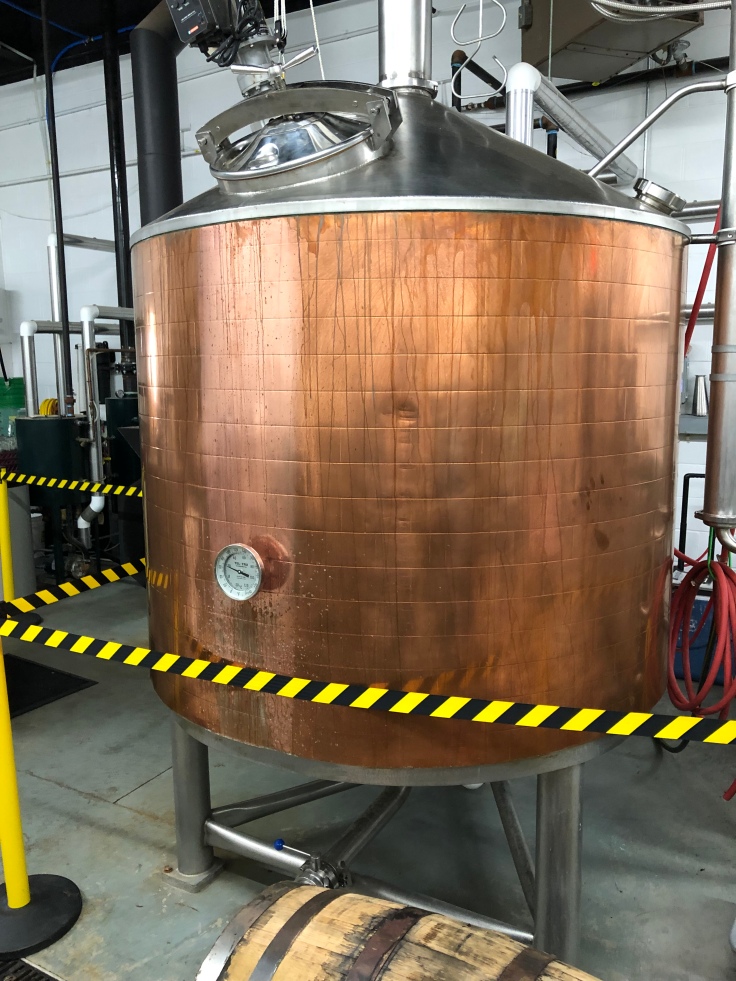 The distillery produces rum, vodka, and whiskey’s. First we tasted the rum and then the pickleback vodka, of which we brought a bottle of back home. 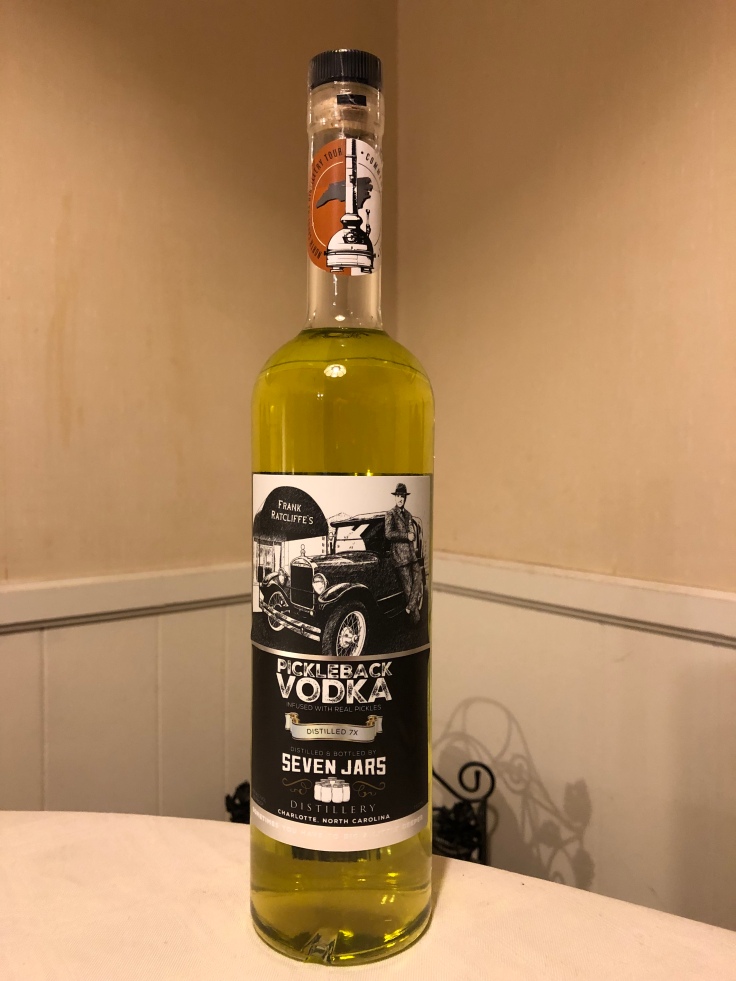 We also sampled the apple pie whiskey and the rye whiskey. Lastly we sampled the whiskey smoked with applewood chips to enhance the flavors. 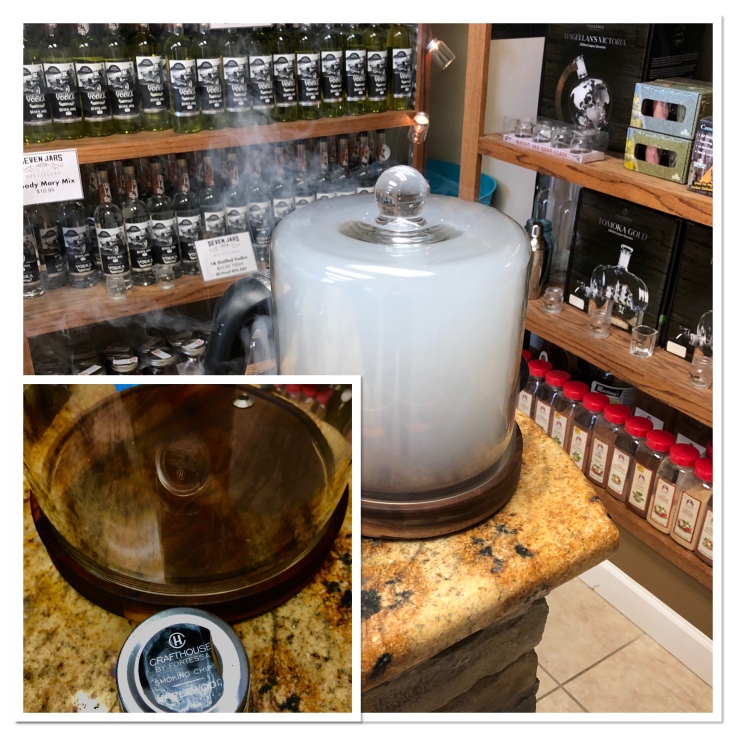 Seven Jars is blending their own “shrub” for mixing and will soon offer their signature Bloody Mary mix. Check their website for a free downloadable recipe book. 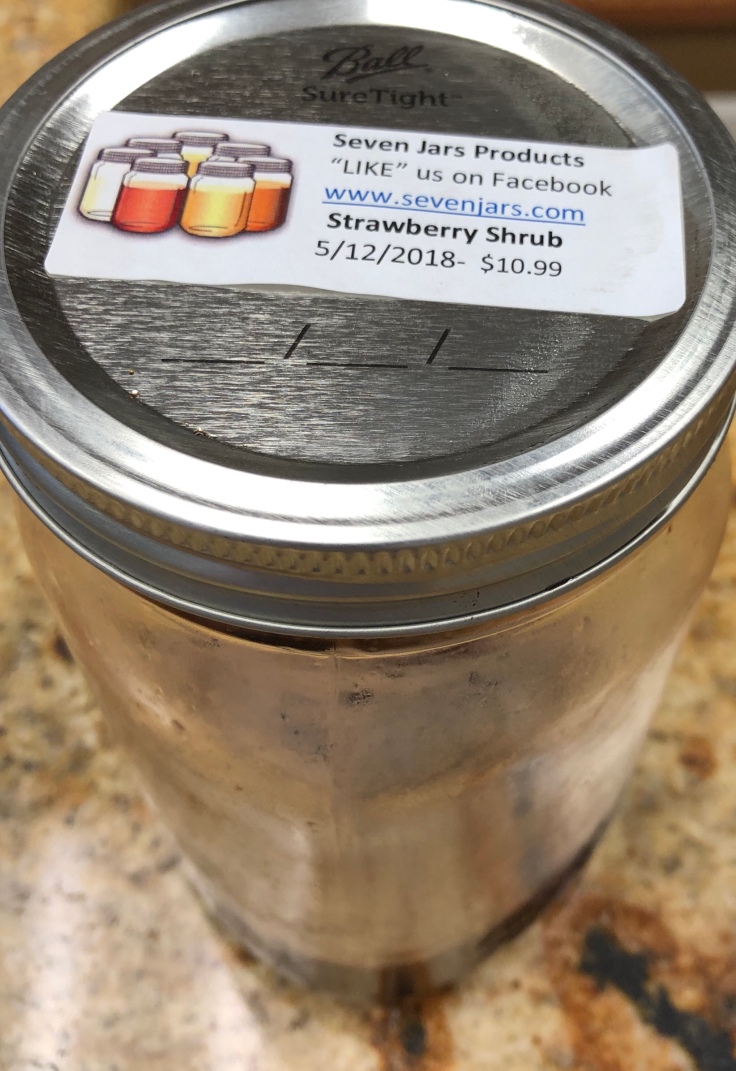 Don’t fret…The bourbon is in the barrels. Sign up for their email list and you’ll get all the forthcoming scoop. 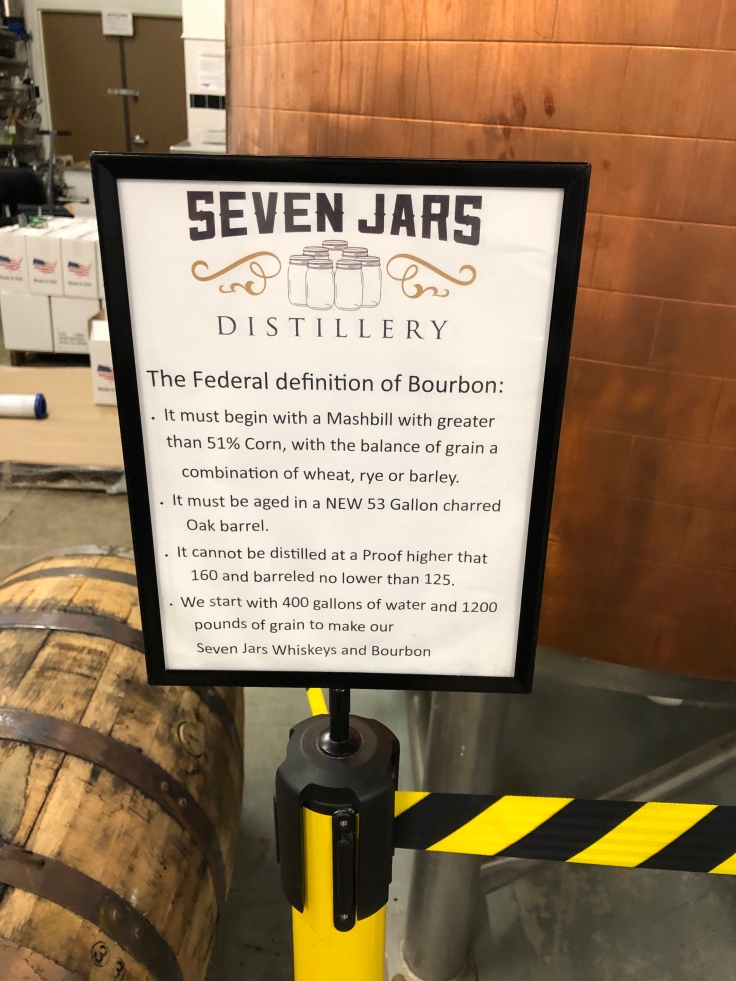 This one is a must in the Charlotte metro area, just a few minutes from mid-town. Can’t go wrong with this trifecta, Seven Jars Distillery, Winery, and Brewery! 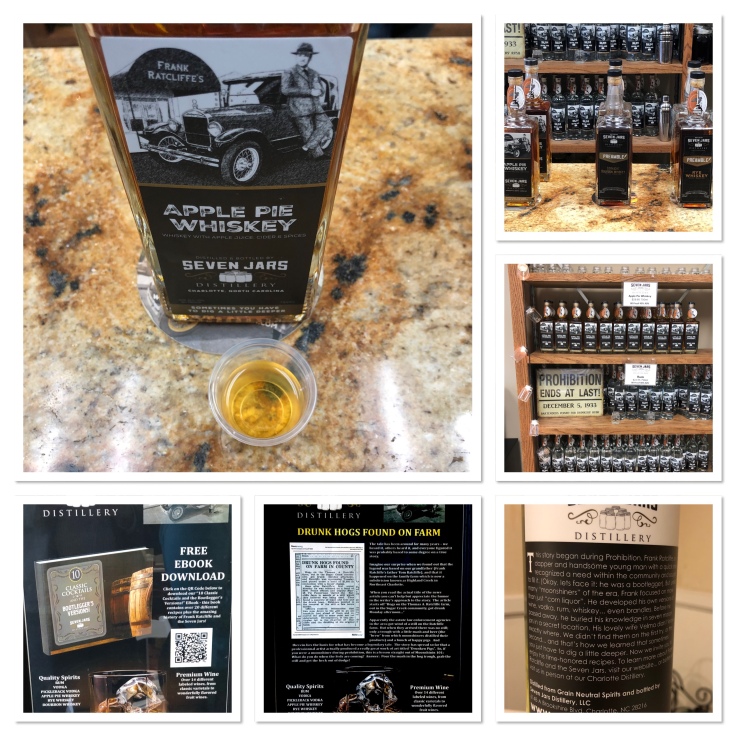