This past weekend started on Friday when Dennis and I went to Abbeville to go to a play at the Abbeville Opera House and we stayed at the Belmont Inn. Both of these buildings are very quaint and hold a LOT of history. We love staying at the Belmont and can’t wait to return in April to see another play. 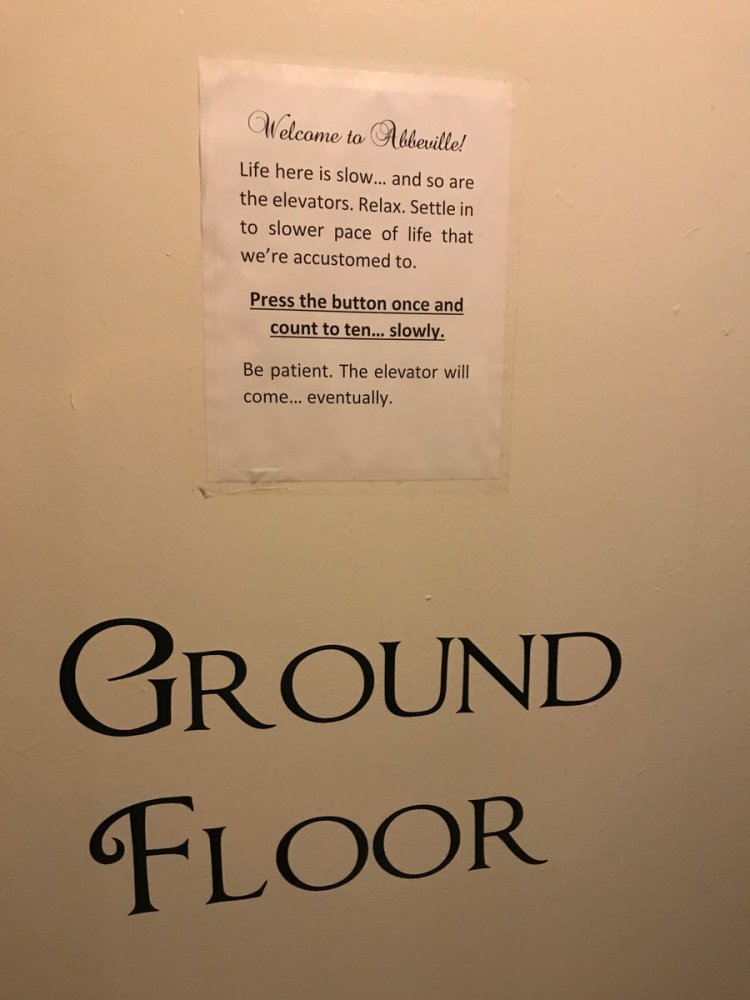 The play we saw was Everybody Loves Opal. If you ever get the chance, go see this play! It is funny, cute and in the end has a sweet message for all ages. The cast was amazing! Maryanne Campbell played the title character and did an amazing job! Bradford Winter was played by D. C. Moody. We had seen both of them in Arsenic and Old Lace over a year ago. I have to wonder if D C likes playing the bad boy. JSydney Wells played Gloria Gurlock,, Dave DiGeronimo played Solomon Bozo, the Doctor was played by Bruce Johnston and Office Joe Jankie by Taylor McNair. The entire cast was amazing! We also got to chat with most of the cast at Tinkers Alley Bar which is the bar/restaurant at the Belmont. I so appreciate them letting me invade their group for a little bit!

The remainder of the winter season consists of the following plays and I hope I get to see some of the actors from Everybody Loves Opal in JB (the one Dennis have decided to attend in April).

We got up Saturday morning, had breakfast at the hotel and then rambled around downtown Abbeville for a bit. We found a fun little moonshine distillery called Red Barn Likker, and can’t wait to go back & get some of the apple spice mixer and his 70 proof moonshine.

We left there and headed for GA. Our first stop was CeNitaVineyard. Very quaint winery with a great story. The winery used to be a dairy farm. They have a lovely red barn in the back for events. There was a wedding Saturday. They were taking pictures while we were there. Beautiful scenery for a wedding. They had literally just finished harvesting the Chambourcin grapes that morning and we got to sample some of the fresh juice. That was a real treat. All the wines were very nice, but the Buckie Estate Wine and the Rouge Estate Wine were my favorites. 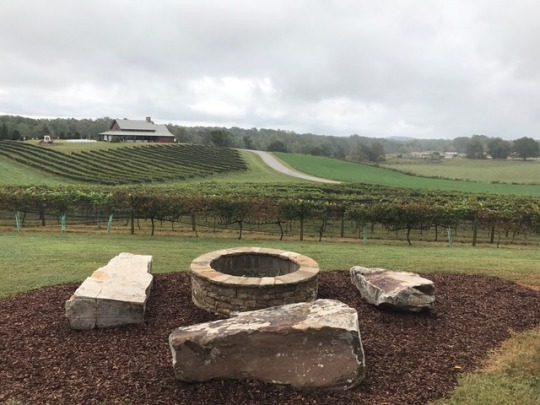 We left there and headed to Yonah Mountain Vineyards. The venue is lovely and again, there was a wedding going on in their event space. Other than wedding attendees, the winery was very busy on Saturday. They have 17 acres of vine that consist of Sauvignon Blanc, Chardonnay, Petit Manseng, Cab Sav, Merlot, Cab Franc, Malbec and Petit Verdot. 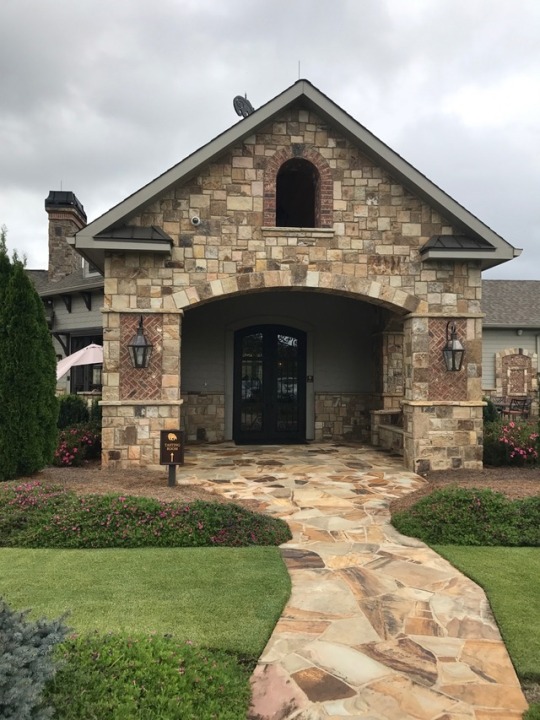 From there we headed to The Cottage Vineyard. Nathan, the son of the owner did our tasting. This 7’ tall man made my 6’3” husband look short! The bear cub on their logo was an actual bear that was on the property at one time. Again, they had several really nice wines, but Dennis & I decided on a bottle of the Baby Doll Legs Rose. We also enjoyed the Southern Sass which is a peach wine and is named for one of the employees that has worked at the winery from the beginning. We sat outside and met some extremely nice people.

Sunday we stayed close to home and went to see Andre at Russian Chapel Hills and enjoyed a bottle of his very nice Mosaic. It was a tad rainy but the porch is covered and wide enough that we got to sit outside and play with the dogs (as usual!). 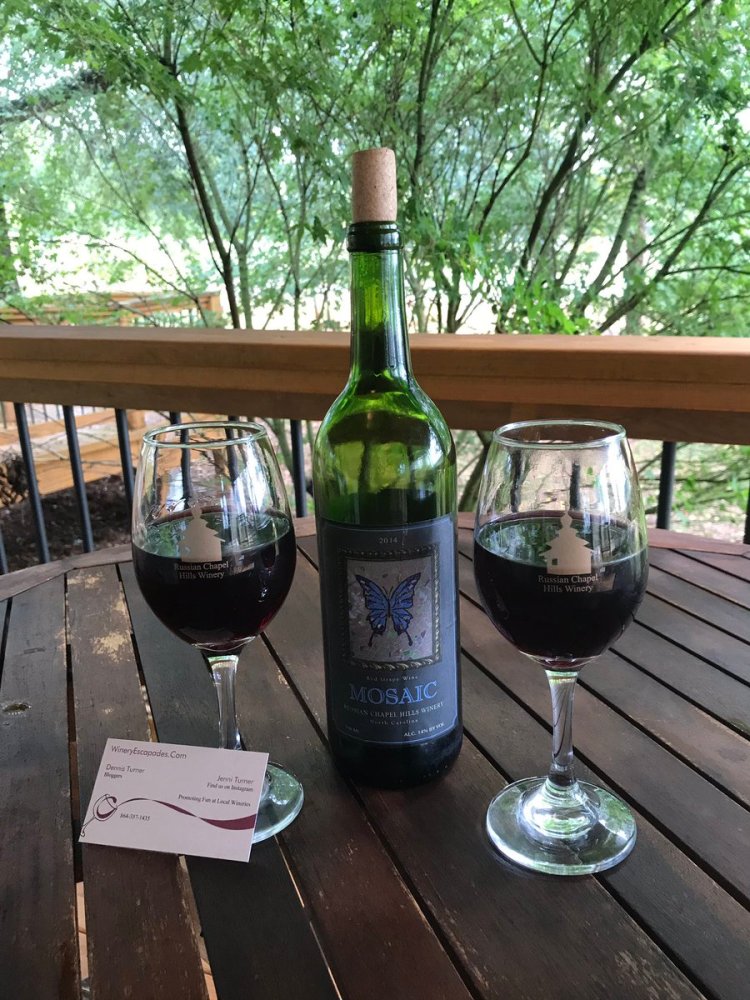 RETURN TO WINERY ESCAPADES
NOTE: above blog was actually written by Jenni Turner, only posted by Dennis.

Promoting Fun at Local Wineries It's safe to say our hobby has turned into an obsession. What started as a way to spend time together, has turned into a way of life. Our ultimate goal is to promote fun at local wineries. We love our weekend escapades, invite us to visit and blog about your winery, antique store, b&b, or other destination. We are brand ambassadors, promoting fun at local wineries and our reach is through social media, industry contacts, this website, and most importantly word of mouth. Thank you for visiting our website and reading our blog. Happy Weekend Wining! View more posts