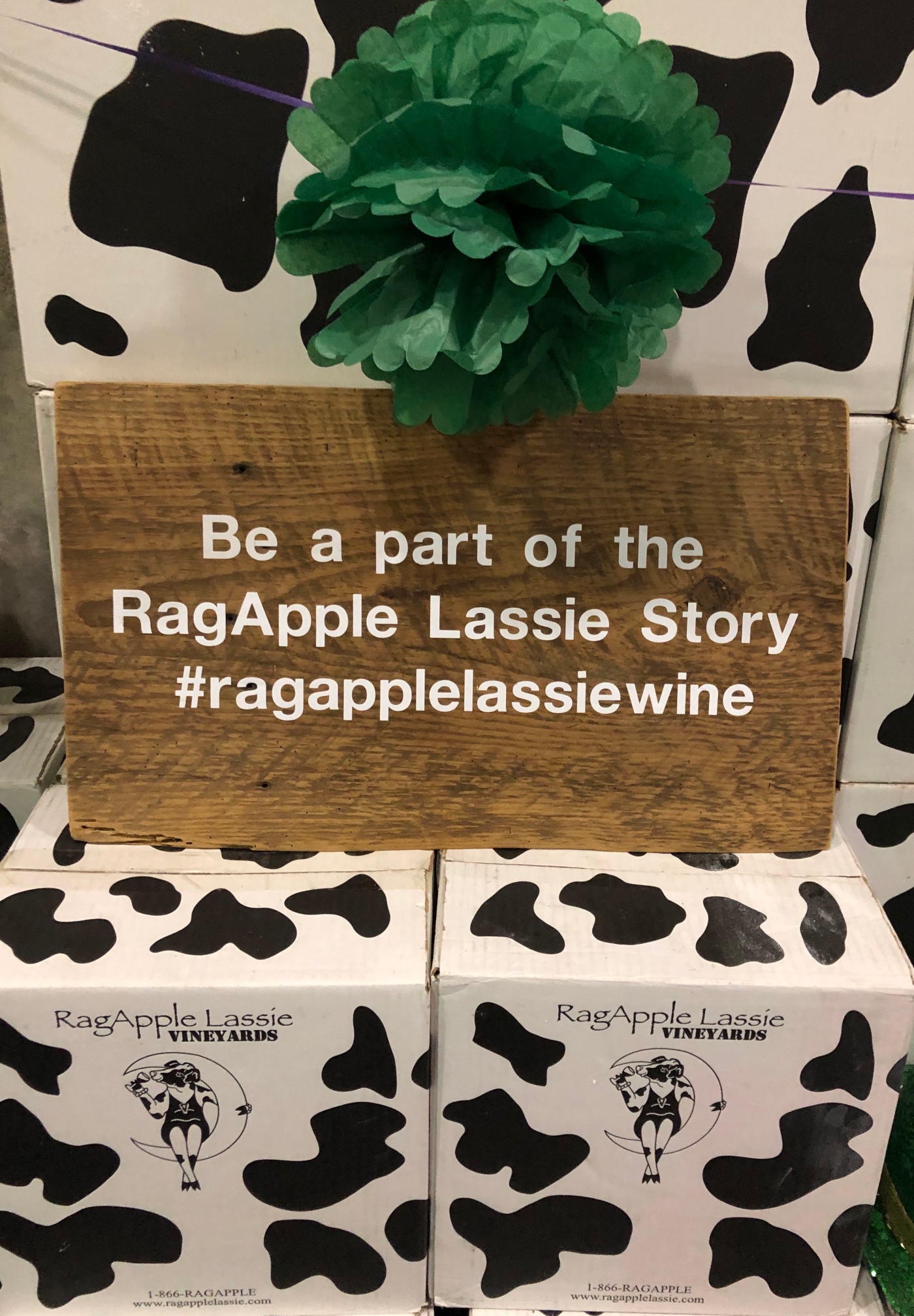 Agriculture long supported the Hobson family, on their hundred year old family farm. As with many Carolina Farms, tobacco was the cash crop. The demise of tobacco led Frank W Hobson, Jr. nineteen years ago to plant a vineyard. RagApple Lassie opened it’s doors for wine tasting soon after in 2002.

The unique name certainly demands an explanation. The winery is named for the championship show calf Frank raised as a youth while growing up on the family farm. 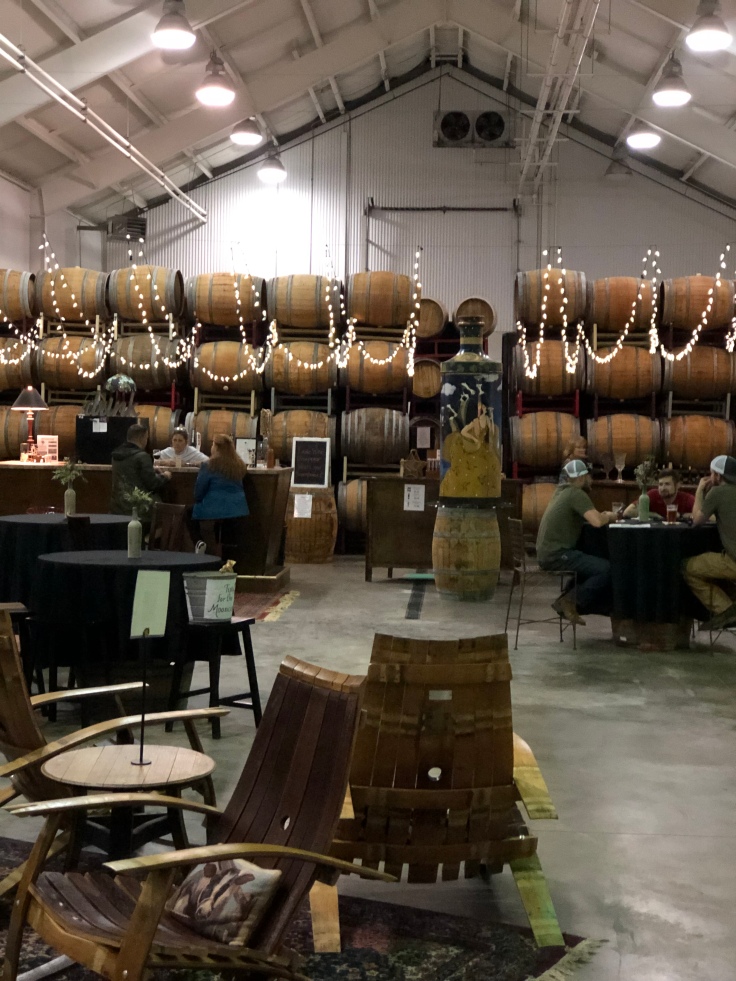 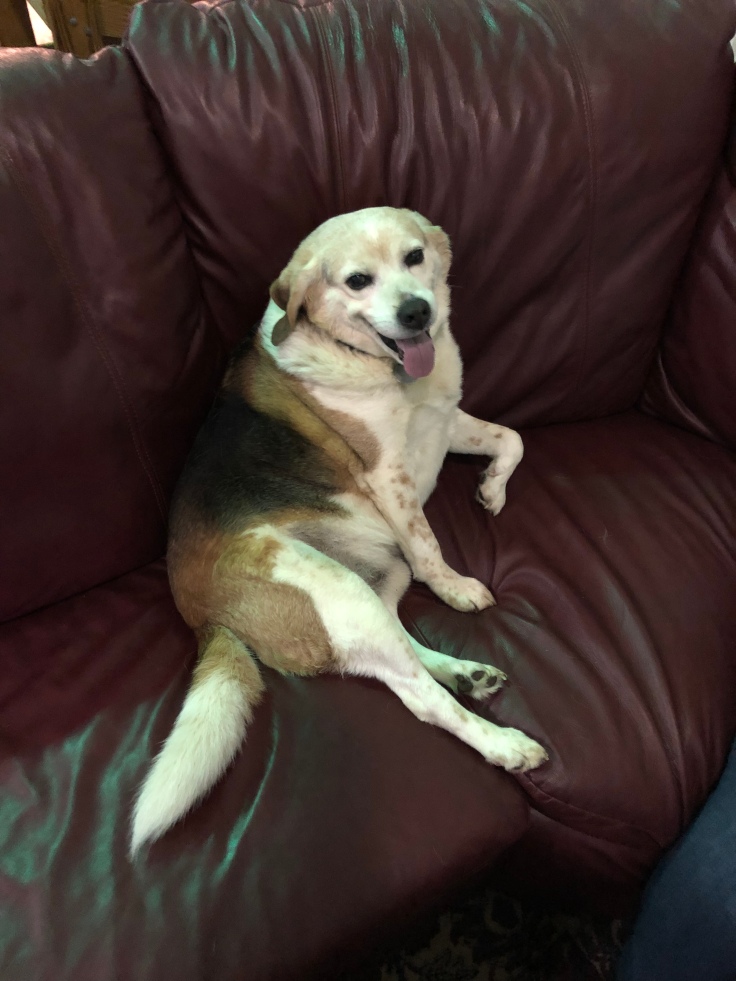 RagApple Lassie has 40 acres under vine and all of their award winning wines are produced from estate grown fruit.

We settled into our tractor seat bar stool and Holly tended to our wine tasting experience. First was the Pinot Gris, not a varietal commonly found growing in North Carolina. This is the perfect wine to start a tasting as it’s fragrant, fruity, light, and crisp. Second we sampled the Viognier. Next a white blend and two Chardonnay’s followed, one barrel aged and one an unoaked. The barrel fermented Chardonnay was bottled during the 2017 solar eclipse.

Our first Red was the Merlot, which Jenni really liked. The estate grown Cabernet Sauvignon impressed this self confessed Cab Sauv snob! A Syrah and Zinfandel followed a nice red blend. The star of the reds though was Hobson’s Choice, a reserve Boudreaux style blend.

Next up Rockford Red, a semi-sweet red blend which we understand is very popular with the regulars. Our agreed upon favorite though, and the one we opted to take home, was First Blush. Ninety percent Zinfandel blended with a splash of Traminette, Marsanne, and Semillion. First Blush exhibits an expressive nose and bright citrus notes on the tongue. This one is a great summer sipping wine.

It’s easy to taste why RagApple Lassie has won multiple awards for their estate grown wines. Factoring in the charm and character of the tasting room, with live music, fun people, and plenty of space to relax and enjoy a bottle, just no wonder for their success. We strongly recommend that RagApple Lassie is high on the agenda for your next Yadkin Valley winery escapade!