So Dennis and had a long and much needed weekend in Savannah. We left Friday morning and headed south. We first stopped at the Angel Oak Tree in Charleston. I have never seen a tree so huge and beautiful. 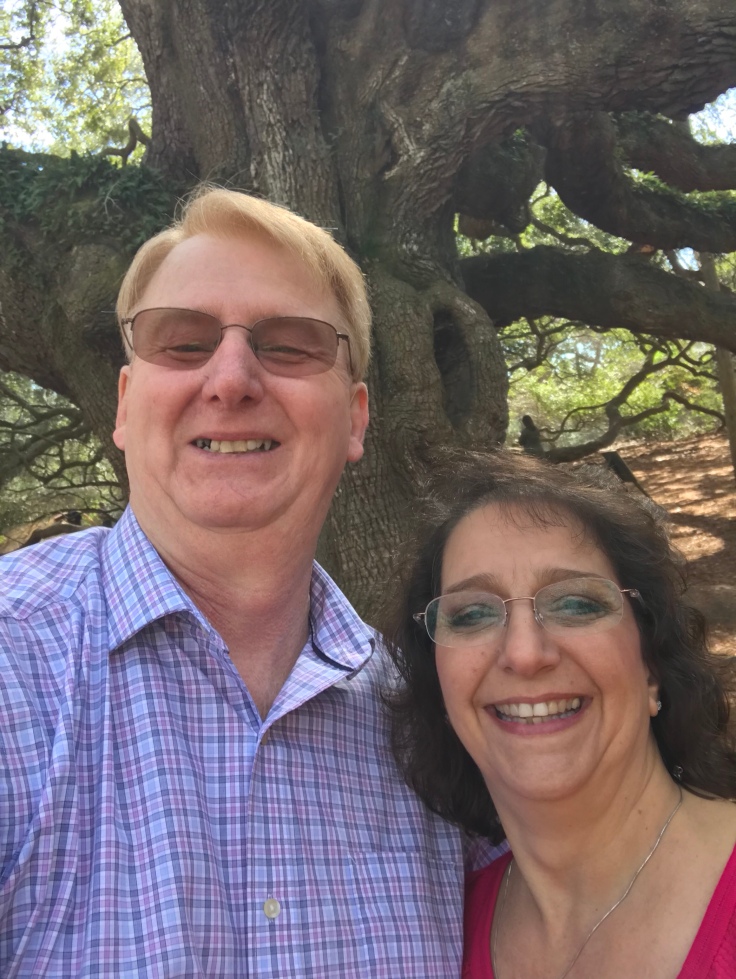 We decided to go to Deep Waters Vineyard in Charleston and it’s a lovely place. Most of the wines are muscadine or a muscadine blend. The blends are muscadine with CA imported grapes. They use two types of muscadine that we had not heard of before, the Tara and the Ison. They have all sorts of animals on the property. Lots of chickens, roosters, ducks, pigs, a goat and bunnies. The goat (who’s name I have forgotten) will climb up a spiral staircase in his enclosure to get you to put some food in a little bowl that is attached to a pulley and you send it up to him & he’ll eat out of the bowl. We brought a bottle of their Magnolia, just the name of the wine not the varietal of muscadine home with us. This wine is actually made from the Carols grape. 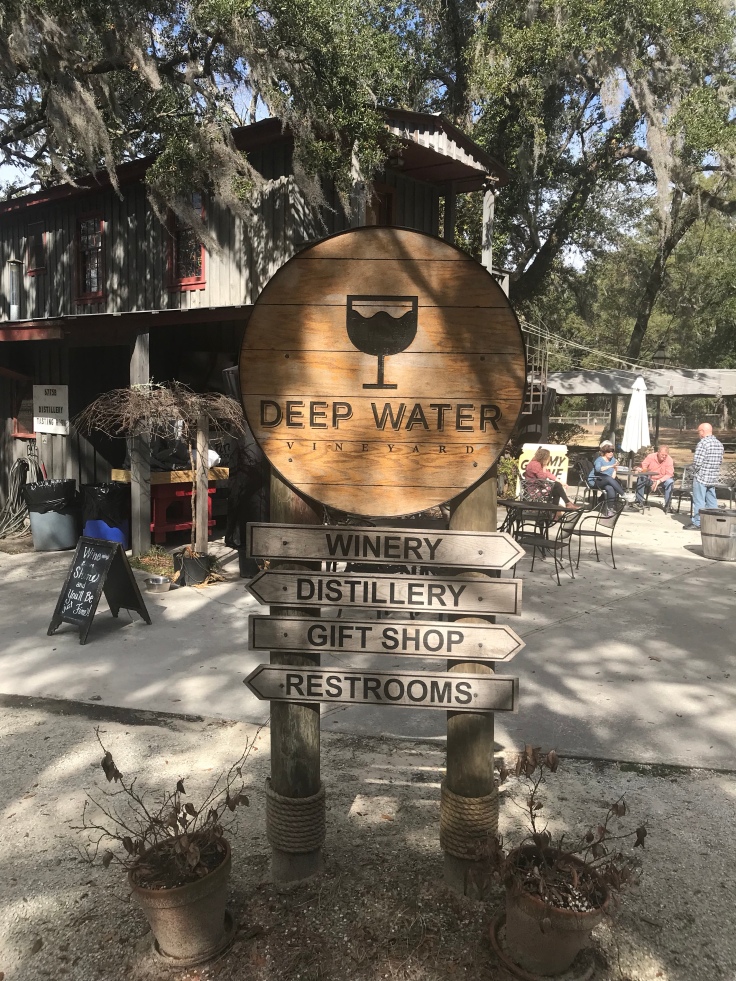 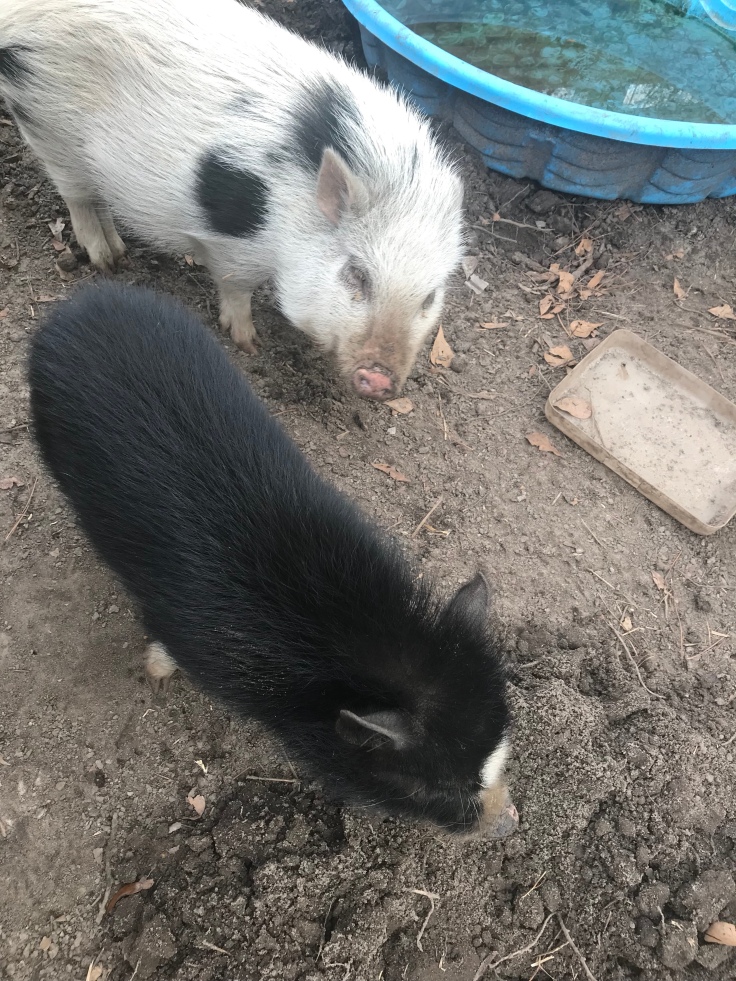 Much to our surprise the Firefly Distillery is on the same property as the winery. So more fun there! We brought some of the Coconut Cake Liquor home. Our other favorite was the Apple Pie moonshine. 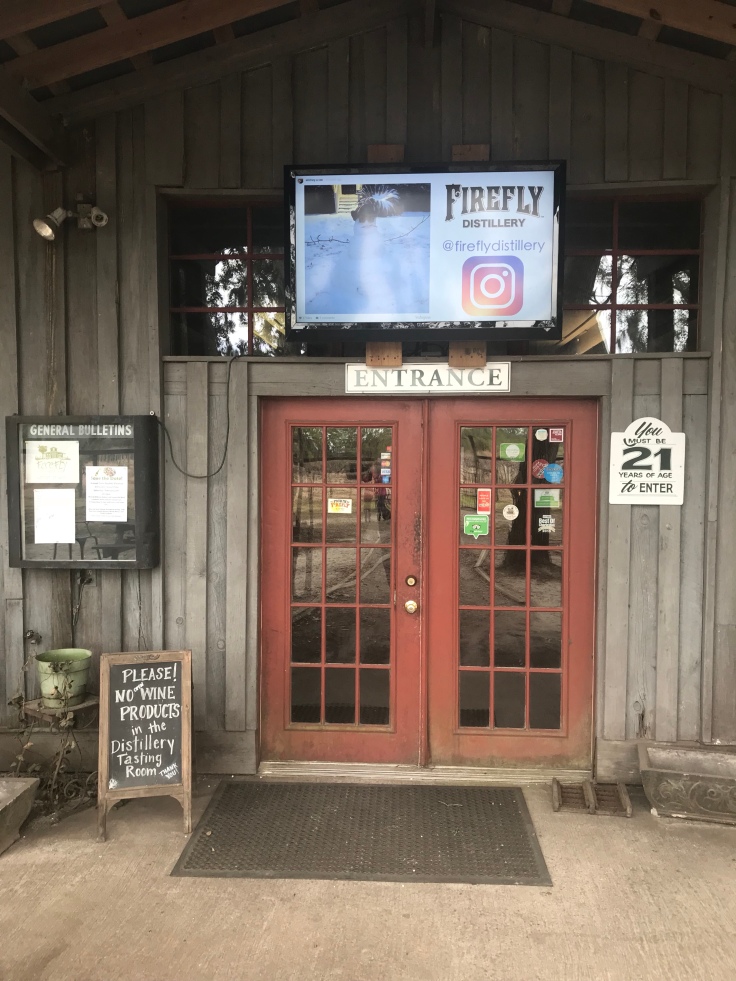 We left and headed on down to Savannah. Our hotel was amazing! We had a river view and got to see all sorts of HUGE cargo ships. They have wine and cheese every evening so that was always our appetizers before dinner. Friday night we went to B. Matthews on Bay Street for dinner and then over to Savannah Smiles for dueling pianos. To say that Savannah Smiles was not quite what we were expecting would be a vast understatement. I’ve been to a few dueling piano shows before but this one was very different. Now, just because I say it was different does not mean it was bad or that we didn’t have a good time because we did. It had just been quite the while since either one of us had a hand stamp. LOL! I had also not been to one that the players changed out periodically. There were 4 different pianists and one drummer who played on select songs. We experienced our first bicycle taxi to and from the bar and it had not been SO cold, it would’ve been a lot of fun. Both of the “drivers” were super friendly. 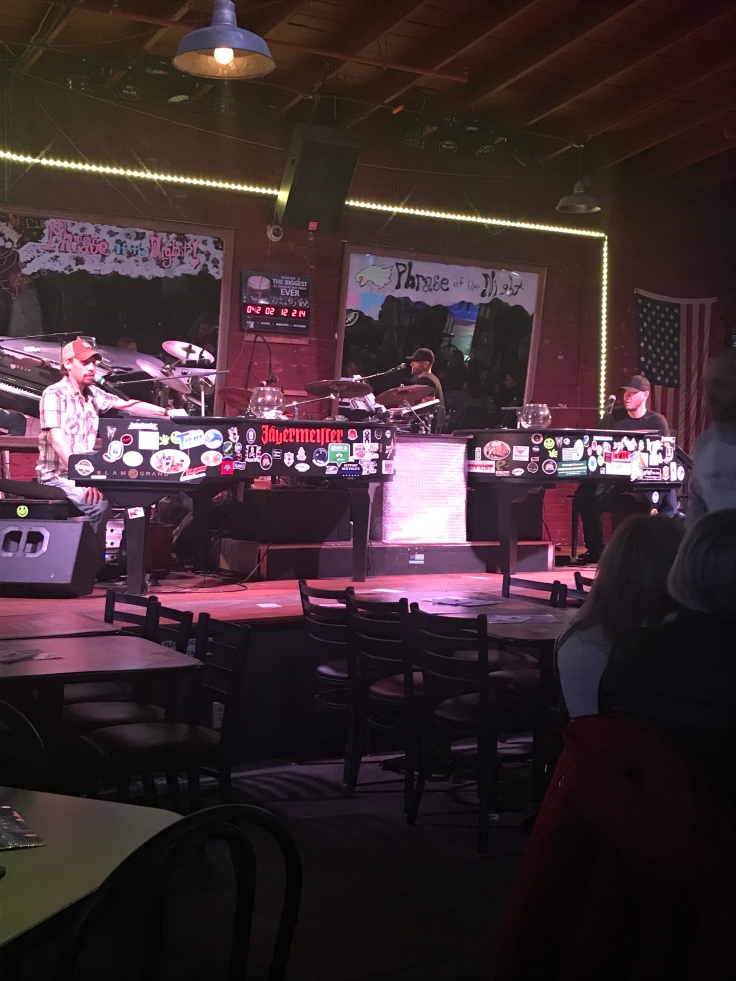 Saturday morning after an amazing breakfast at the hotel, we headed out to explore a bit. Again…. if it had not been so cold it would have been terrific! We both ended up buying ear muffs of sorts. The wind was brutal. I had looked at the forecast before we went and thought it would be great weather for Saturday. Not realizing there would be wind. Let me tell you, the wind coming straight off the river is COLD! But as always, we made the best of it. We then headed to Butterducks Winery. They us a combination of NC and California grapes. We had stopped there on our way home from our honeymoon and wanted to revisit. Since the winery is about 30 minutes from Savannah, it was much warmer and less windy. We had a nice time there and met some fun ladies who were enjoying a mommy’s day out. Enjoyed a glass each of their White Merlot and cheese and crackers.

Headed back to the hotel to get ready for dinner. We went over to Tybee Island to go to the Crab Shack. SOOOO good! I had the low country boil and Dennis had the crab cakes. Both of us were STUFFED! Headed back to the hotel to get ready for our ghost tour. We decided to do The Hearse Ghost Tour because it was simply to cold to do one of the walking ones. Each hearse holds 8 people so we met some fun people. Our tour guide was hysterical! But one note. If you ever do this tour, and choose to sit in the very front, don’t sit on the left side of the hearse. Sit on the right. EVERYTHING is on the right.

After another great breakfast on Sunday, sadly we had to leave. There is so much to do in Savannah that I’m not sure even a week would be long enough to do everything. Upon checking out of the hotel., we drove around the city one more time and then headed to Hilton Head to go to Island Winery. (We went to both of these SC wineries because a) they weren’t too far out of the way and b) we needed to get them the SC Wine competition information). We found one antique store as we didn’t want to arrive exactly at noon when they opened. Between the two of us we got to taste all of their wines. They have some really nice varieties. We each enjoyed a glass and a cheese tray. We met a very lovely lady who was headed to Florida for the month. 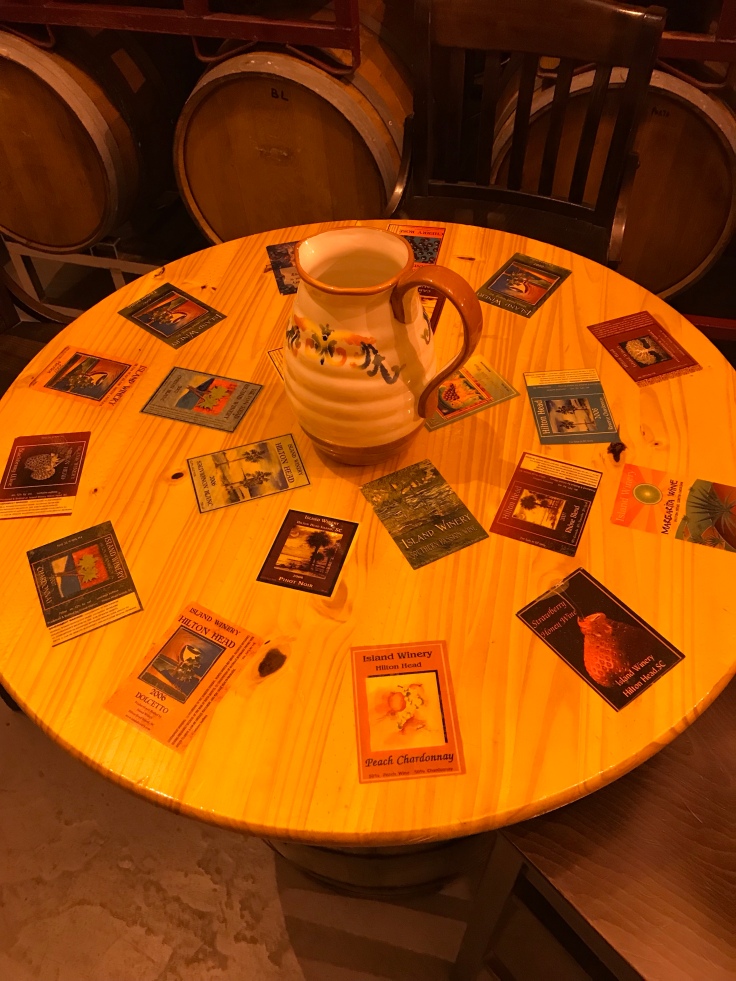 Sadly, our fun long weekend had to end and we had to head home. Sorry for the picture overload on this one, I just had to post them all!

More fun to come next week!